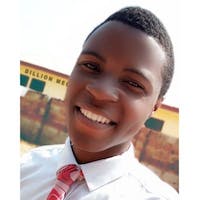 The for loop creates a loop where executions are executed as long as the given condition remains true.

There are other methods of loops which you can find here.

I chose to explain the for-loop because it pretty much describes how a loop operation is carried out. There are complex implementations of a for-loop though.

A simple typical example of this is;

Let's analyze this program, shall we? 😃

I placed the for loop in a function so that the codes there are only executed when the function is called - the example function.

What our program (or rather, the function) simply does is to set the variable a to 5 and sum to 0. It also contains a for loop operation.

While i is less than a, the sum keeps increasing by 1.

Variable i is initialized to 0.

According to the final-expression, variable i is incremented by 1. i now becomes 0 + 1 = 1

( As a result, our loop doesn't carry out any operations again and our final-expression is never executed also )

Our function then returns the value of sum which is 3.

for...loop can be implemented in many other scenarios too. e.g looping through an array, through objects, executing a function while a condition is true.

Let's try to loop through an array 🤗

Our aim here is to log the elements of an array to the console.

We have our array attached to the variable x. And we can see the results of logging x to the console.

But, our aim was to get the individual elements. So we decided to loop through the array and further carry out some statements.

A currentElement variable was declared which would determine the current element of the array we are on.

Every element of an array possesses an index as we all know, and the index starts from 0 which is possessed by the first element.

An arrIndex was declared and initialized to 0.

The condition given is that arrIndex should always be lesser than the length of our array since the index of the last element is length of array - 1.

And a final-expression is given to at the end of every iteration, increment the arrIndex variable by 1.

currentElement is evaluated to the element at the current index of the array, which is Dillion.

So there you have it, all elements logged to console 🎉

As I said, there are many other implementations of for loops.

I hope you have gotten a better understanding of loops and also, for loops. 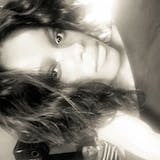 Great explanation, when i started learning i avoided loops, they made me nervous, lol. 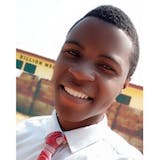